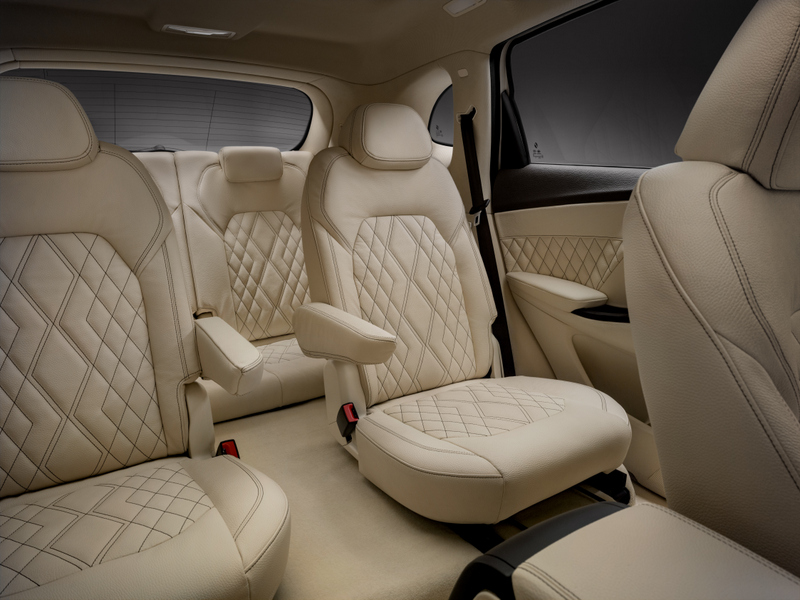 The company starts production 2016, first in China and other emerging markets with the sale of SUVs, the factory in China is nearing completion. Not surprising then that Borgward waived classic German name and to build a car that offers seven seats - the Chinese market presents these requirements. In 2017 the BX 7 then be available in Germany. The BX 7 is a classic SUV that bears on the large front grille slightly modernized the rhombus the resurrected traditional brand. Stressed hips, a high waistline, the company's name in large letters on the stern - the designers wanted to build a retro car, but convey the spirit of company founder Carl FW Borgward in the present day - good technical solutions and a contemporary design. The ambitions of the company are high: Worldwide aiming for 500,000 cars a year, several new models will appear in the coming years. Borgward is actually no longer in Bremen, the birthplace of the brand established, but in Stuttgart - at the same address as the German branch of the Chinese Foton Group. Which includes the Borgward trademarks and apparently the money, with which the traditional brand now wants to return to life. Stuttgart is also the headquarters because major suppliers are in the neighborhood.

The SUV is set to launch next year in China and emerging markets, but won't arrive in Europe until 2017. It's not clear yet if Borgward intends to convert the BX7 to right-hand drive for UK market.

Plans to bring back Borgward were announced at the Geneva Motor Show earlier this year, headed by the original founder’s grandson Christian Borgward. It’s believed the reborn car firm will initially focus on the Chinese market – where there’s a healthy appetite for SUVs and European brands – and has set a target of 800,000 sales a year by 2020.